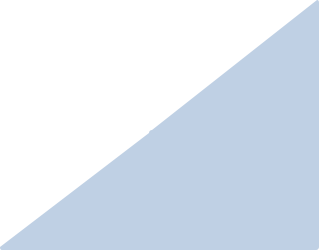 How many times have you heard somebody relate ill health, emotional turbulence, financial crisis and even death to the placement of rooms while buying an apartment? Yes, Vastu is important but it should not be the sole thing to keep in mind. Vastu was developed in ancient times incorporating all the environmental factors so that it can be used for our benefit.

It is often believed that the main entrance of a house should be East or North facing, as it invites positive energy which brings good fortune, prosperity and harmony. Doors facing south-west should be avoided as they permit the entry of strong negative energy, which will stagnant your growth and hamper your personal relationship.

The direction East is very significant as the sun rises in this direction. Sun rays bring in a huge store of nutrients and vitamins along with it. Sunlight is also responsible for the increase of brain’s release of Serotonin, which is associated with boosting mood and making a person calm and focused. Hence, adding to a harmonious atmosphere. Similarly, North facing doors minimize the harmful effects of UV rays, benefiting our overall health.

From the earliest times it is advised not to setup the kitchen in the South East direction as this direction is considered to be governed by Agni Dev, the god of fire. The house is most likely to catch fire if any cooking area is to be set in this direction.

Before we started building concrete houses, there were only thatched houses. The southwesterly winds would pick up the smoke and wreak havoc on the house. That’s why it is advised according to the vastu to set up kitchen in the East or North-East, to safeguard the house. Though we have came a long way from thatched houses with concrete houses and fireproofing, the believe still lingers in people’s mind.

According to the Vastu Shastra guidelines, bedrooms should be placed in the South-West part of the house as this direction represents the element Earth, signifying abundance, fertility and nurturance.

Logically explaining, the bedroom should be well ventilated and fresh as we tend to spend a lot of time resting in it. The south-east winds make sure that there is plenty of fresh air circulated throughout the room. A room with proper circulation encourages intimacy and better health. Also, the Earth rotates on its own axis while being inclined at 23.5 degree towards North-East. To balance it, it is advised to keep heavy weights in South-West part of our house, so that the Earth’s movement is not hampered. The vastu recommends keeping wooden bed and heavy almira in the bed room for this reason.

It is highly recommended to avoid the North-east for bathroom placement. The direction of the wind throughout the year is from North East to South West. The wind enters the room passing through the bathroom and contaminates other rooms. We now have others ways to combat this issue unlike ancient times with advanced sanitary facilities.

There’s nothing closer to the heart of a true Calcuttan than the City of Joy itself.

The season of Christmas, badminton, picnics and marking the end of the calendar for a new beginning.

Explore the most rewarding loyalty program